The Nuclear Power Corporation, an offshoot of the Department of Atomic Energy of the Government of India, was developing a township in southern India on a site along the coast. Shown below is a design proposal for this township. This was developed at Gherzi Eastern Ltd. under the mentorship of architect V. Sundareswaran, and then submitted to the NPC. 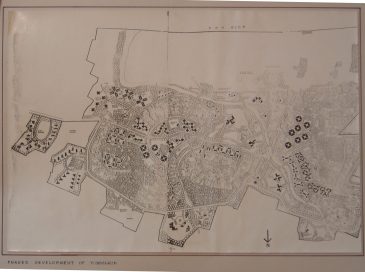 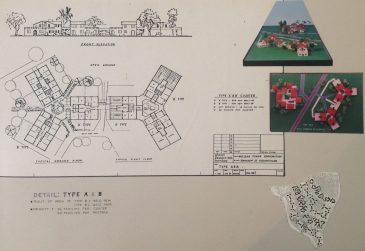 Housing types A and B 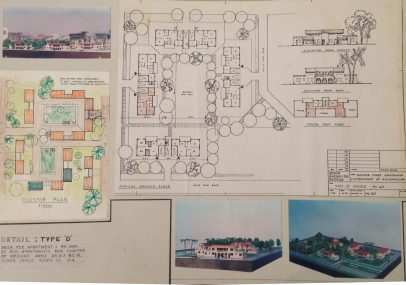 This proposal retains the natural features of the land, including a gentle slope of flat land towards the sea, tree clusters, and two rivulets draining surface water into the sea. It resulted in an organic plan with housing clusters much in keeping with the rural neighbourhood of the site. There was a deliberate attempt to go away from the grid-iron patterns of urban layouts. The curvilinear geometry was well-received by the client, as it gave a lot of flexibility in design and broke the monotony of cluster patterns.

The proposal including housing, in keeping with the Central Government’s norms, with low and horizontal development and the use of locally available materials, while ensuring the infrastructure remained modern. It also included the design of access roads, with a central link and a service road along the periphery.

This development was to be spread out in two phases over ten years.

The architectural, interior and town planning designs and concepts on this website, unless otherwise stated, are the intellectual property of the owner, Sandhya Sharad.

Some of the designs showcased were created while working in a team and later implemented by developers. Efforts have been made to state this where applicable, although the conceptual work showcased remains the property of the owner.